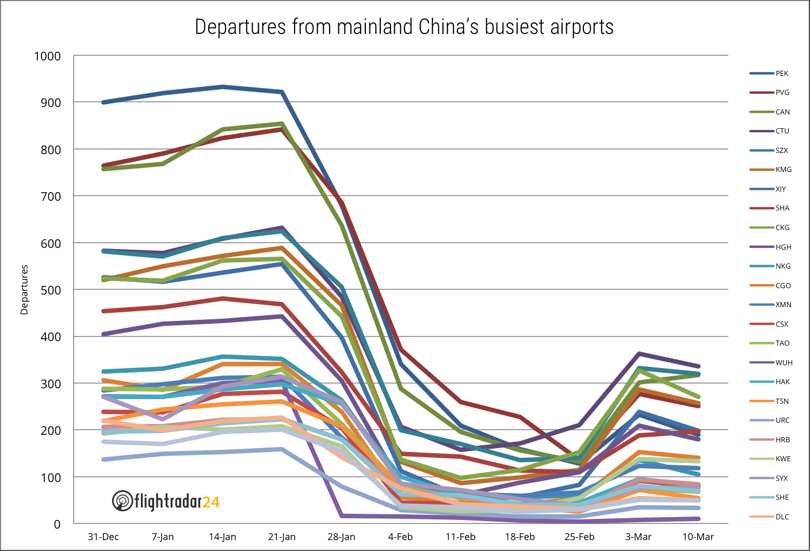 Beginning of this year, there were great expectations for Airline Industry.

But, a unique viral pandemic, COVID-19 originated in Wuhan, China has been devastatingly hitting the whole equation, projections and roadmap of Airline Industry. Covid-19’s unique capabilities to infect exponentially through close contact has been leveraged by highly flamboyant travel culture facilitated by airlines across the world. The virus carried by infected passengers reached all the continents and in those countries with inherent weaknesses in the health administration, the pandemic already caused severe causalities.

The ruling governments in countries, (rightfully) taken travel ban as the most important measure to control the outbreak; though this late realization and response has already caused the damage. The Airline industry will be the top affected one as the increasing travel ban has not only taken an unexpected hit on current revenue, but  also has severe negative effect on revenue projections due to outweighed cancellations over forward bookings.

Some existing rules like EU’s rule “requiring airlines to run most of their scheduled services or else forfeit landing slots” has already caused severe revenue loss to airlines by flying “ghost flights” with “no passengers boarded”. The authorities are thinking of putting moratoriums on such rules though.

All world’s major airports and hubs show exponential rates of flight cancellations since last week of February; including Hartsfield-Jackson, Heathrow, Changi etc. The travel bans are increasing day by day and human awareness of “self quarantine” force he airlines to cancel their flights due to absence of passengers. We are currently in a state of highest capacity reduction in airline’s history.

The Covind-19 situation will be the highest crisis ever for the Airline industry , for sure. This has multi-folded impacts which do not confine to airline industry alone.

While Airlines have sought support from governments for survival, quite naturally, many of the planned IT Spend and corresponding initiatives would be either postponed or cancelled. The aid from governments (if that happens) would be spent to meet opex rather than on initiatives due to prioritization. We shouldn’t be surprised if we see large negative impacts on Software Service providers revenue in 2020. Obviously, while struggling to exist, no airlines would dare to try out fancies. It won’t be surprising if disinvestment happen in many areas including AI, Robotics and Analytics where majority of the innovation budget has been planned.