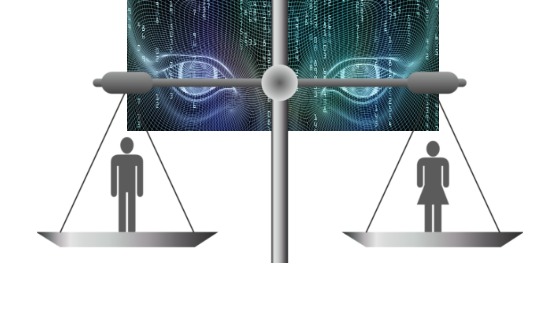 The modern “built-in AI” systems started revolutionizing the life and business landscape altogether. The systems like Google’s BERT can think and act like how humans think, write and talk. BERT eventually integrated to Google’ search engine which is guessing and giving us suggestions of search ideas when we dig in there. But, do you know that, these systems have a problem which is globally genuine, human and to be avoided?

They discriminate against women by the way by which they are evolved, designed and more than anything else “taught”.

The Natural Language Processors (NLPs) and AI systems learn from the loads of digitized information, ranging from old books, Wikipedia entries, social media posts and news articles. Dr Robert Munro, a researcher an computer scientist, found that, the present times AI systems exhibit significant bias against woman (https://bit.ly/33ESIYj) . An example he cites is, “hers” a possessive pronoun, is not recognized by even the most widely used NLPs including Amazon Comprehend, Google NL API etc.

While human brain is strictly trained on the usage of pronouns using its correct grammatical usage. But the AI systems eventually miss this part just because they are trained from the existing online data set which is naturally imbalanced. AI systems tend to adapt a more “populistic” usages which are eventually discriminating.

Fixing some areas in a specific data set will not end this issue as the systems which are online now, like BERT hugely depend on the large amount of data and the recurrence of word usage in that. Researchers and companies like Google, Amazon etc have a lot of work to do to fix these things and ensure that the AI based systems are “gender neutral” and “non-discriminating”. It’s not long ago, we had the debate and controversy over inaccuracy in facial recognition due to subject’s skin color ; the root of which is also the same thing. The “base data set” and “prevailing discriminating thought process”

Written by : Sethunath U N